The experimental US Navy COAMPS-TS did a great job at predicting the movement of Hurricane Dorian. It looks like the Navy is tracking several other tropical storms/disturbances and they haven’t released an update on Dorian since early Monday morning.

(I can only guess that their experimental modeling work needs to share computer resources with modeling of other tropical storms.)

Nonetheless, this is the latest COAMPS-TS track available, which is  similar to previous predictions with this model. The storm is not expected to directly hit the Florida coast.   It’s current predicted track is remarkably similar to that posted this past Friday. 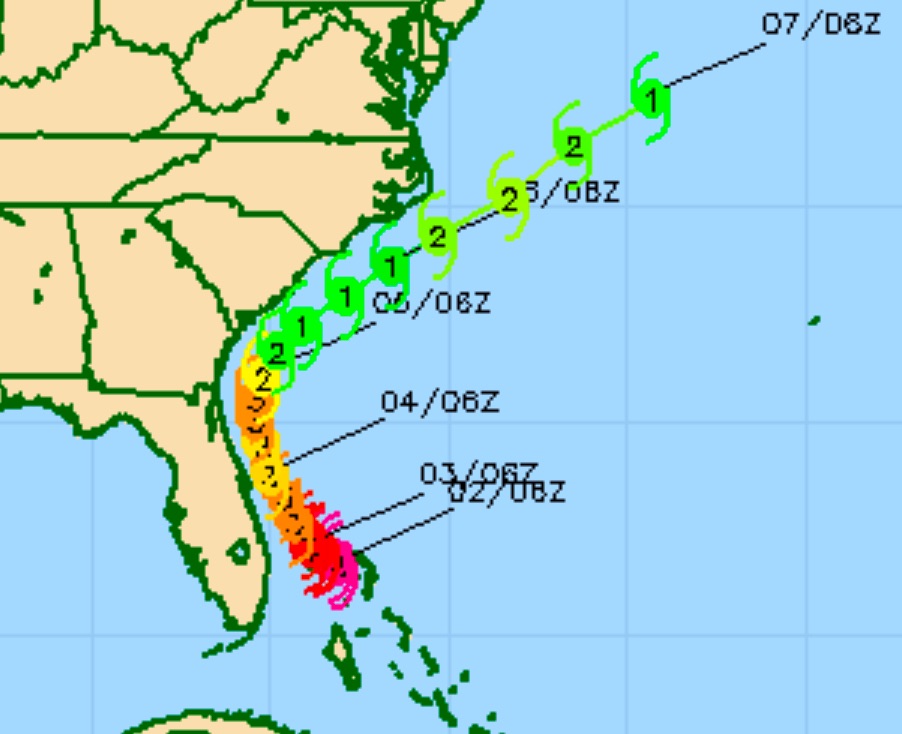 The vast majority of the other major models have similar tracks for Dorian, as of Monday afternoon.